Born in 1967, Autumn comes from a long line of respected Santa Clara potters. Her mother is Linda Cain and her grandmother was famed potter Mary Cain. Autumn began learning the art of pottery making at the age of five. As a child, she lived a life of contrasts, spending most of the year in her mother’s home in Santa Clara, and her summers living in Los Angeles – the land of “Disney-land, freeways, and In-and-Out burgers on the beach.”

In recent years, Autumn has collaborated at times with her “favorite Pueblo Potter,” her mother. Although they each have continued with their own work, they do enjoy seeing what they can create when working together.

Autumn shows at many Native American markets and shows, winning awards at both the Heard Museum Indian Fair and Market as well as the prestigious Santa Fe Indian Market. 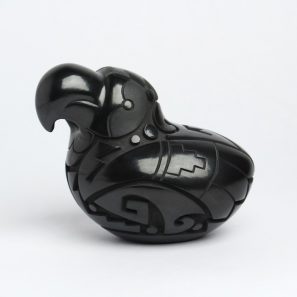