Charlene Sanchez Reano is from San Felipe and married into Santo Domingo Pueblo. She and her husband Frank collaborate on most of their jewelry. Charlene studied at Highlands University in Las Vegas, New Mexico and later cut and set stones for gold and silver inlay at a jewelry manufacturing company in Albuquerque. She learned jewelry-making from her sister-in-law Angie Reano, who is credited with reviving mosaic inlay among Santo Domingo jewelers.

Frank comes from a tradition of jewelers.  His grandfather and his parents Clara and Lovato Reano produced jewelry for many years and taught the art to several of the younger generation, including Frank who began helping his mother when he was 10 years old.

In the early 1980s, Charlene and Frank began making mosaic inlay jewelry with finely crafted, colorful patterns of shell, turquoise, and other stones. They have since become known as masterful, innovative jewelers. Charlene does most of the designing and cuts and places the tiny mosaic pieces. Frank grinds the shell and does the silver work.

The Reanos use a combination of traditional and contemporary materials and design elements. Most of the materials they use have been used by generations of Pueblo people for adornment. At the same time, many of Reanos’ creations incorporate modern motifs and shapes. Charlene is known for her distinctive style of two-sided necklaces. Each side is laid with mosaic in differing stones and colors. Her necklaces often display a single cube or “chicklet” among the beads supporting the mosaic inlay elements.

The Reanos have been represented in the Case Trading Post for over ten years. They have four children, some of whom are also jewelers.

They say the most satisfying part of the process is successfully finishing a piece without having broken any of the fragile mosaic pieces. 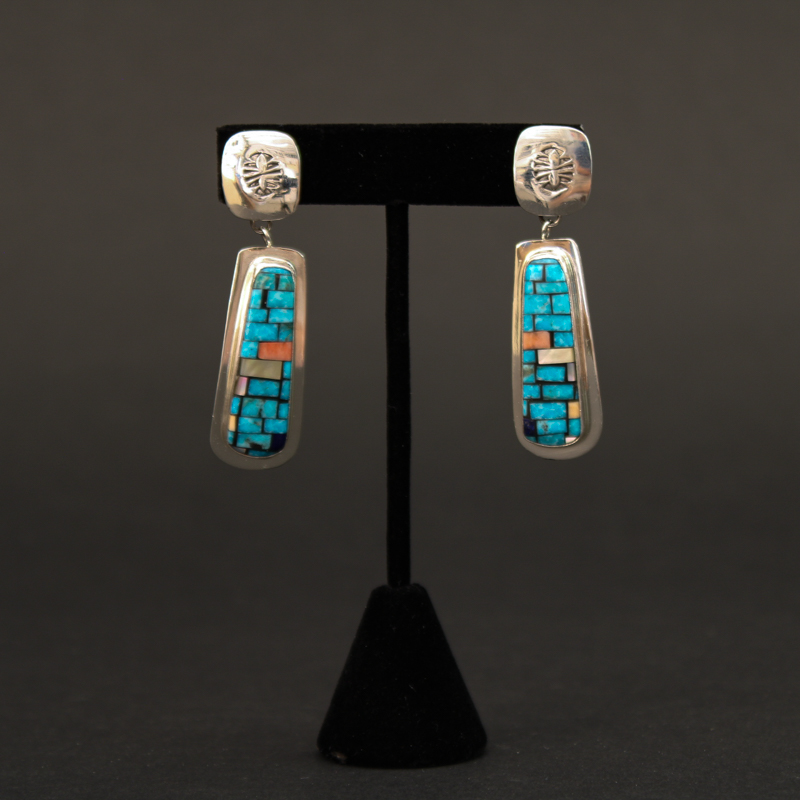 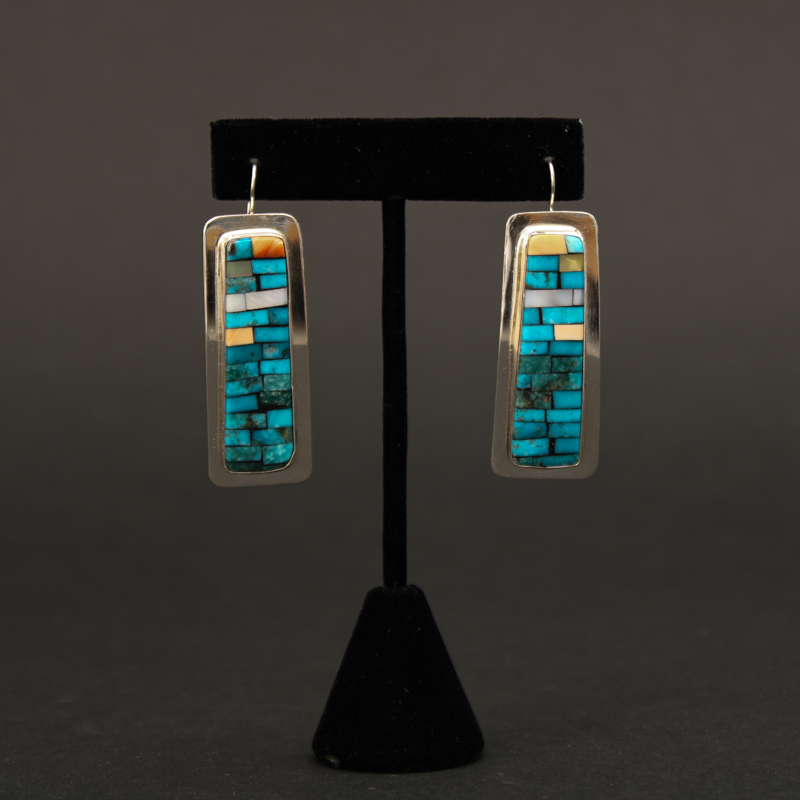 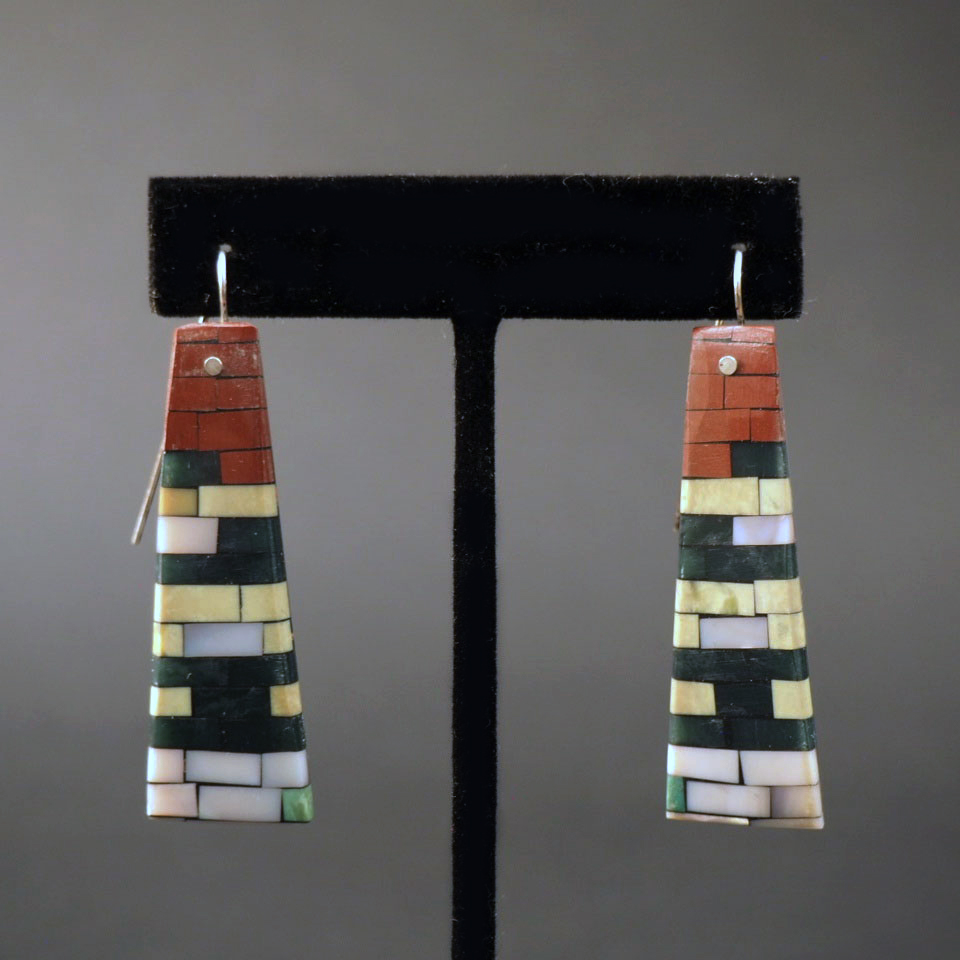 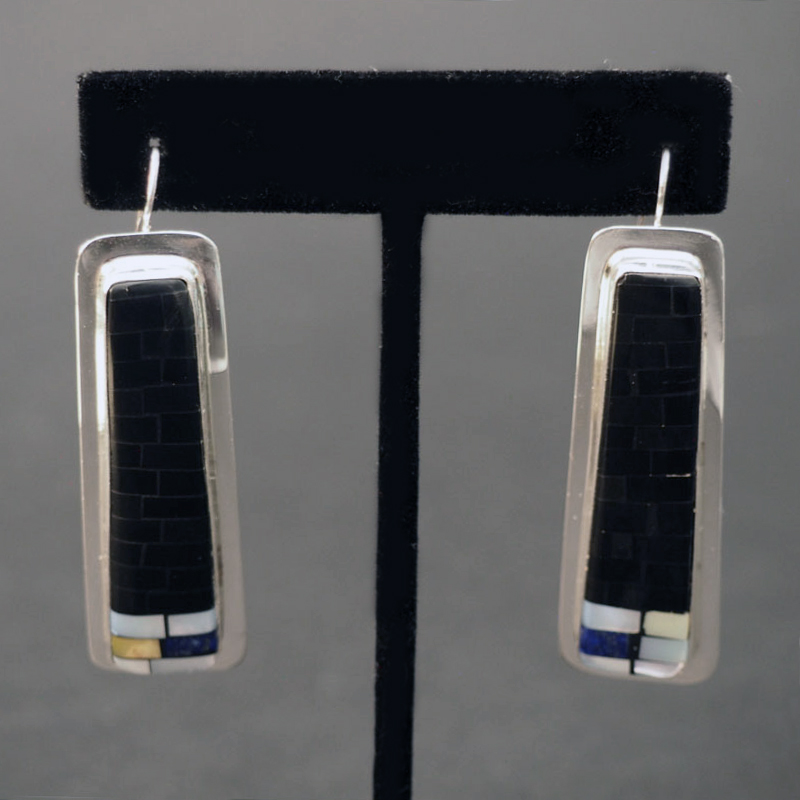