Evalena is a basket weaver and is San Carlos Apache. She specialized in making ceremonial baskets, large baskets, and burden baskets for the Sunrise Dance, a coming of age ceremony for girls. Evalena has won numerous awards and is widely recognized for her work. She has taught at the Taos Art Institute (New Mexico) and at many different reservations including Camp Verde in Arizona. She was awarded the 2001 National Heritage Fellowship in the Folk and Traditional Arts from the National Endowment for the Arts. 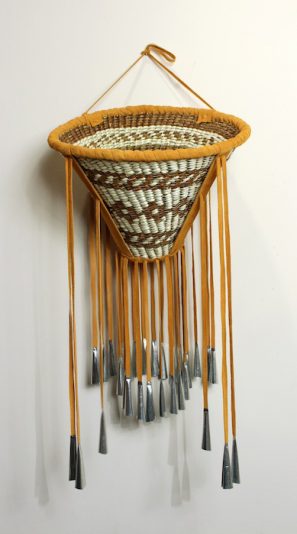