Born in 1975, Liz is the daughter of two accomplished jewelers. Her mother Kathryn Morsea is Navajo. Her father Alan Wallace is Washo and Maidu. She began working with silver in 1996. She grew up in northern California, but has lived in Santa Fe for thirteen years. Liz is currently taking jewelry, belly dancing, and acting classes at the Santa Fe Community College.

Liz says of her art:

Some of the earliest memories I have are of making things. My grandmother, Nina Wallace, taught me to sew when I was around four. I remember a little cardboard box of scraps she gave me, and the needles, pins, and thread inside. I made all kinds of things with her. Sock dolls, books, and drawings. There were plenty of grasshoppers, caterpillars, and moths around her house, too. Auburn, CA was crawling with them. My dad was always making jewelry in the garage, but the torch and glowing silver scared the heck out of me. Now I love it. Watching a pile of jagged silver scraps melt into an orange, quivering puddle, the torch hissing in my hand, and the smell of melting borax is all pretty thrilling. I hardly ever think of the Monet water lilies that my dad took me to see, or when my grandma took me to the Japanese Gardens in San Francisco, or the little yellow caterpillars that hung from black walnut trees on silk and ambushed me, but all of that is there anyway, every time I sketch or fire up my torch. I never would have guessed that riding around in Grandma’s mint green Oldsmobile would’ve led me to where I am, but I’m not surprised, either.

Liz has won many awards, just a few of them are:

The Wheelwright Museum of the American Indian featured Liz’s work in the exhibition Nature Nurtures: Jewelry by Liz Wallace, January 29 – May 29, 2011 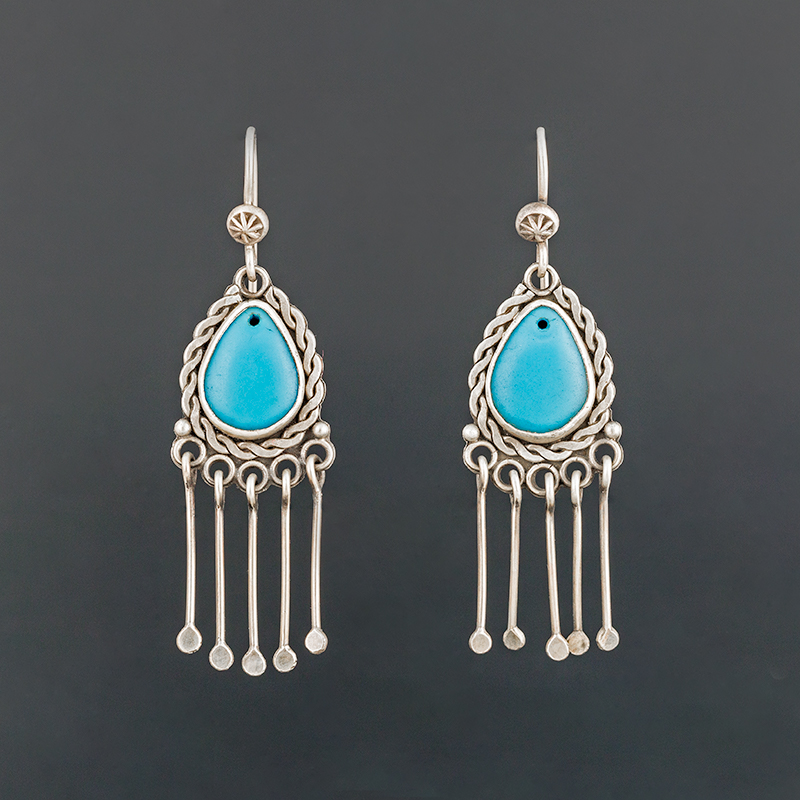 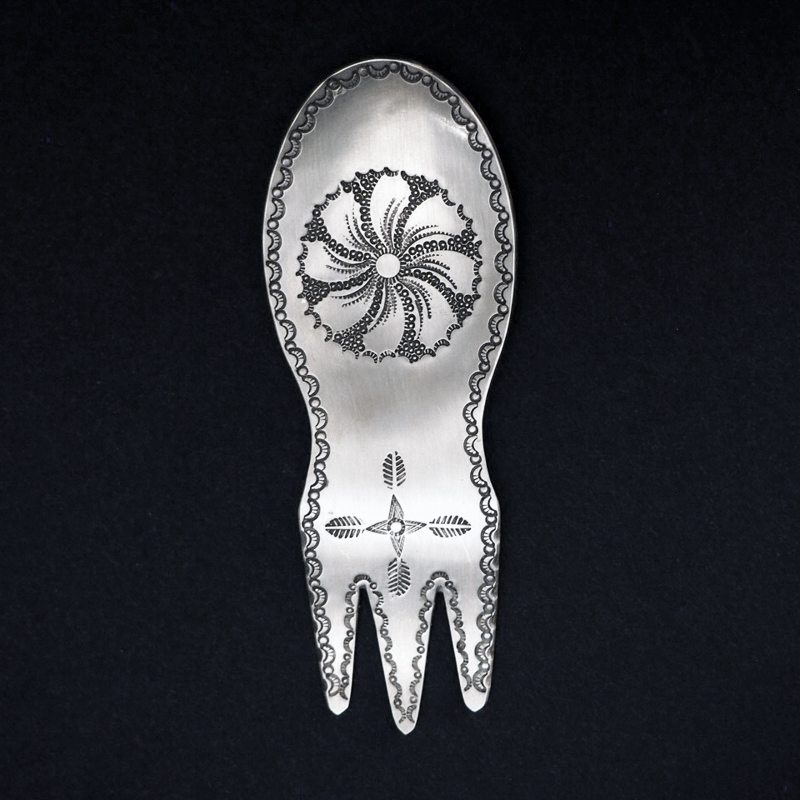 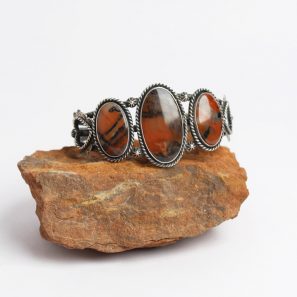