Nathan was born in 1954, in Fort Carson, Colorado to Mela (1931-1991) and Walt Youngblood. Nathan’s family traveled extensively due to his father’s military career during his adolescence. When the family returned to Santa Clara Pueblo, Nathan learned to make pottery by watching his grandmother, Margaret Tafoya. Margaret taught him to make and polish the pottery. His grandfather Alcario Tafoya taught him designs and carving.

Nathan has been making pottery since 1972. He creates black, red, and tan traditional hand-coiled pottery in the form of jars, vases, bowls, and canteens. He also makes carved and painted plates. Nathan fires his pots traditionally as his grandmother taught him, firing one pot at a time.

His work has been exhibited at the White House and the Smithsonian American Art Museum in Washington, D.C., the Heard Museum in Phoenix, Arizona, the GIlcrease Museum in Tulsa, Oklahoma, and the Denver Museum of Nature and Science in Denver, Colorado.

Nathan has served on the Board of Directors for the Wheelwright Museum in Santa Fe. He has given lectures at various locations including the National Museum of American Art in Washington, D.C. and the Denver Museum of Natural History. 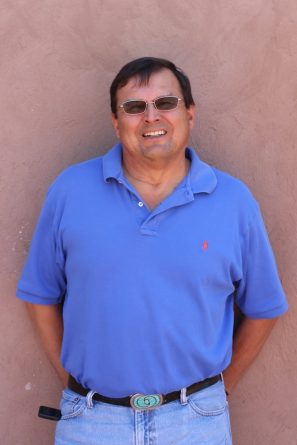