Norbert Peshlakai is credited with having created a new form: miniature silver pots and jars shaped like pottery. He says he learned basic traditional silversmith techniques and wanted to do something different so, beginning in 1977, he started making bowls in different shapes and forms.

Later, he went back to jewelry and began experimenting with various methods, using sandpaper, emery paper, and steel wool for texture. He achieves other textural effects by hitting the silver on rocks, hammering, and using needle files.

But it is with his small pots that Norbert really transformed traditional stamp work into works of modern art. In all his pots he hollows out the shape with a hammer (in much the same way that silver beads are made), and then he textures the surface with the hammer and applies designs with various dies and stamps that he makes himself. He has developed miniature stamps and dies that he also uses to create patterns on his jewelry. Norbert may begin with one stamp to which he adds another until he has a figure. He might use six or seven stamps to form a single motif. For example, his Mimbres rabbit design takes as many as 10 tiny stamps to form whiskers, eyes, legs, and other parts. The top half and lip of the bowls are cut from silver in different patterns and soldered onto the domed portion. After completing the shape, Norbert oxidizes the entire bowl and then hand polishes the outside with very fine emery paper (and occasionally a fine steel wool) to remove the oxidation. Sometimes, though, he leaves the oxidation on, working around it. To accomplish these techniques, Norbert has customized basic tools into specialized instruments, turning concrete masonry nails into handmade stamps and reshaping and grinding hammers for his purposes.

Norbert is a fourth generation silversmith. He was born in Ft. Defiance, Arizona around 1953. He was educated on the Navajo reservation through the eighth grade. He attended high school in Albuquerque, where he took a number of art classes and achieved prominence as a cross-country runner. After graduation he enrolled at Haskell Junior College for Native Americans in Kansas.

Norbert says of his work, “I like to get a lot of textures going on in the same piece. I like the idea of something looking like it’s beat up all over, sort of bumpy and rough, not a high polished look, but something more unfinished and earthy.” 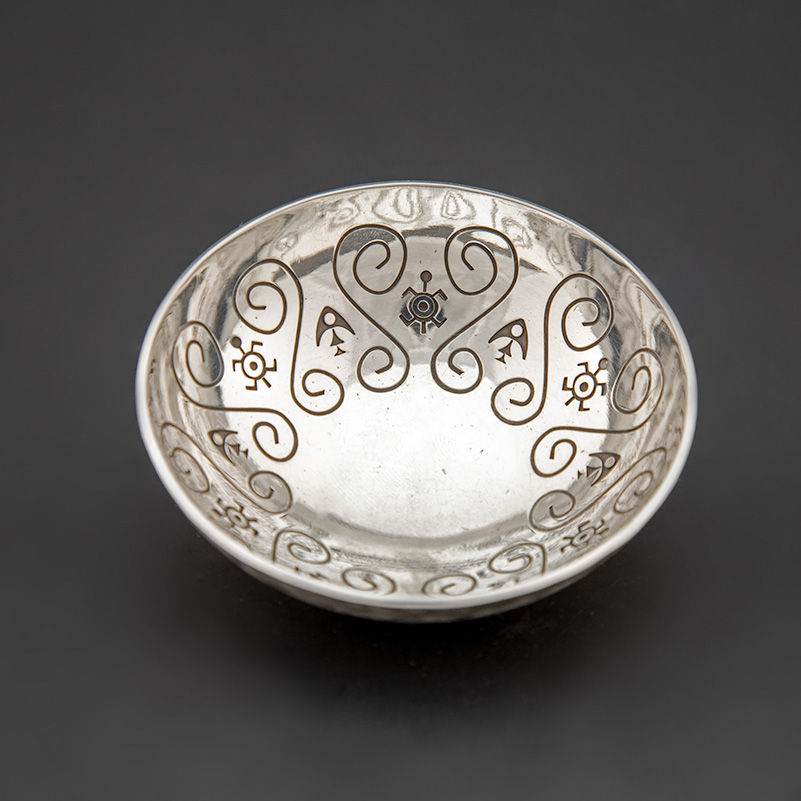 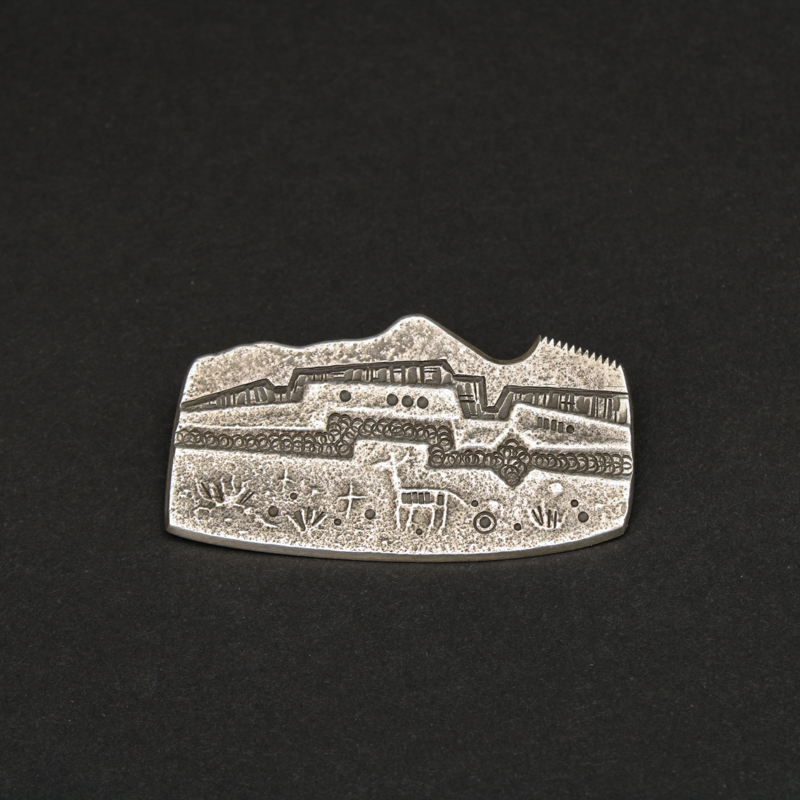 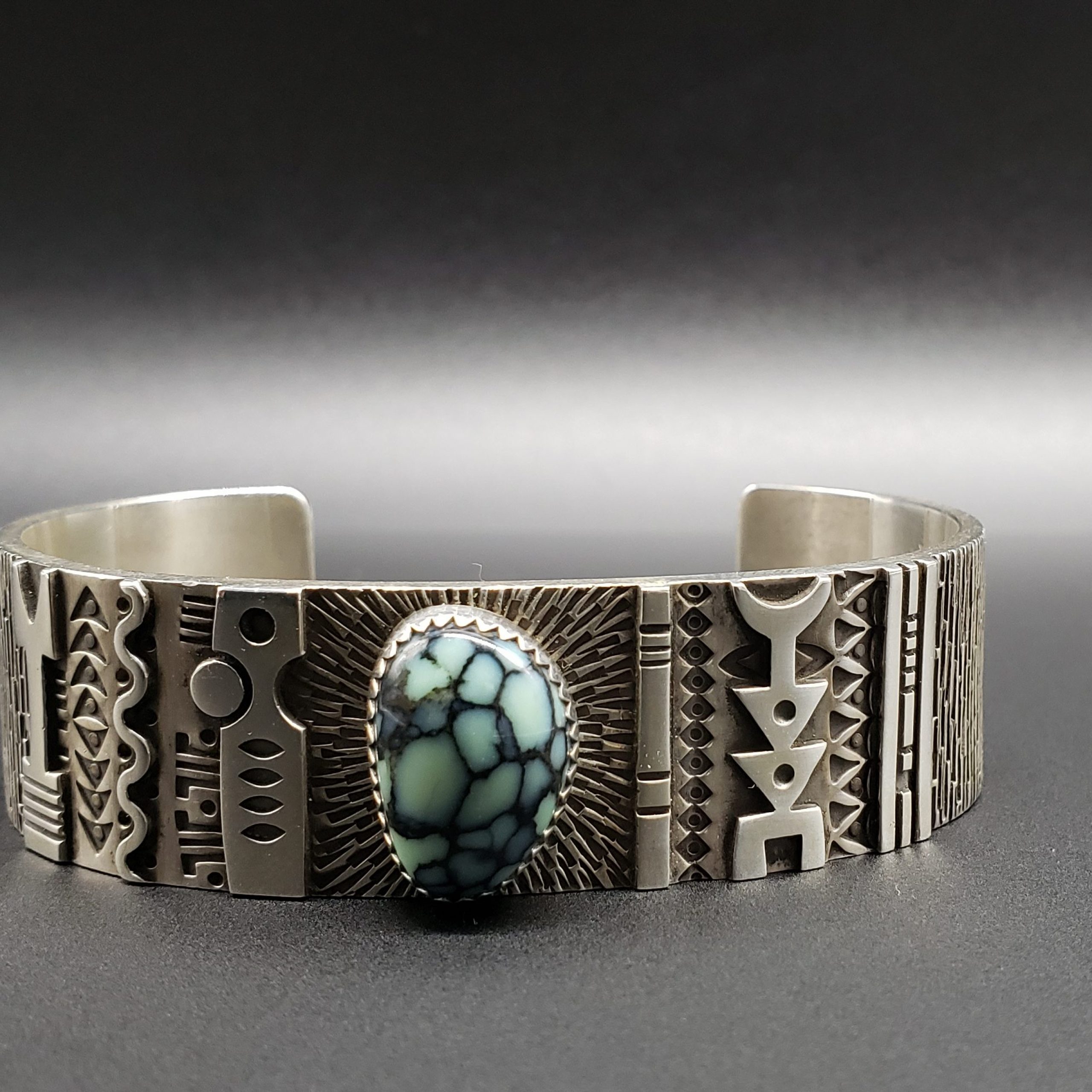 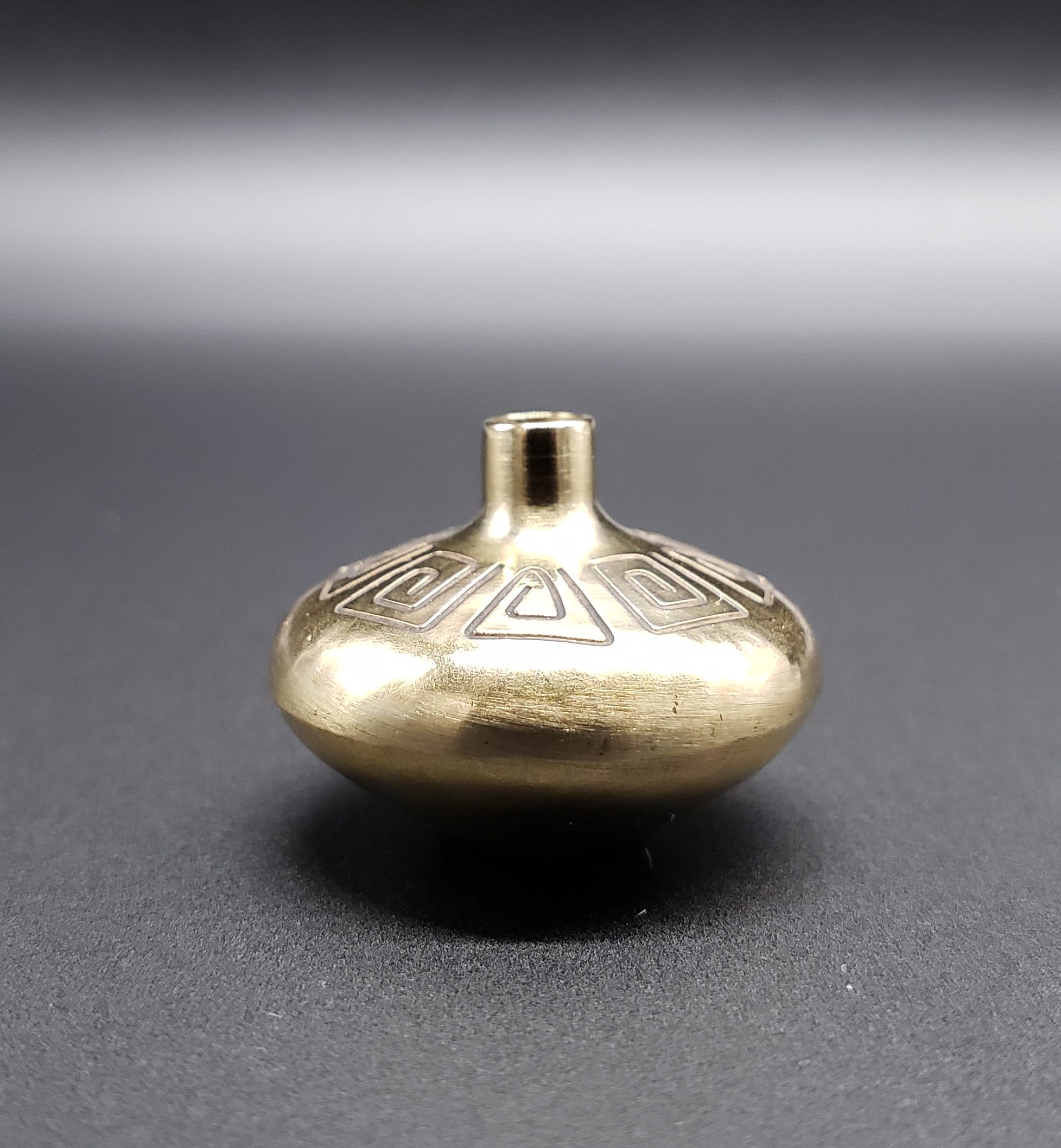