After a busy and hectic summer, I’m happy to get the chance to bring you some new featured works by Benjamin Harjo, Jr. Knowing Ben for many, many years, I always love to see what he comes up with from one painting to the next. His use of themes, colors, and whimsical features make his work stand out. We have had the honor to carry his work over the years and are excited to work with him for years to come. This year Ben was given the honor of being selected as the 2016 SWAIA (Santa Fe Indian Art Market) t-shirt artist with the image Twins of Flight being featured — we are excited to bring you the original artwork for sale. If you don’t own a “Ben” piece, here’s your chance at his newest works. Every collection should have a work from this long-regarded master artist. Please contact us with any questions at 505-982-4636 ext. 110 or at casetradingpost@wheelwright.org. 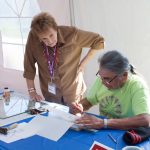 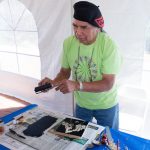 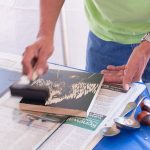 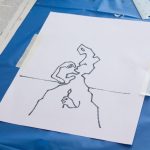 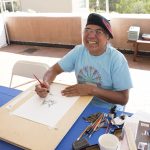 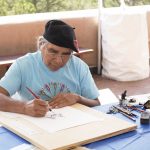 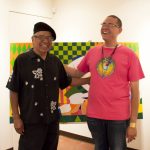 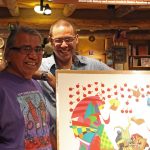 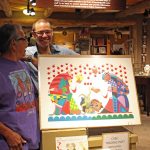 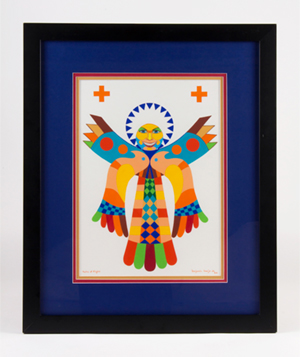 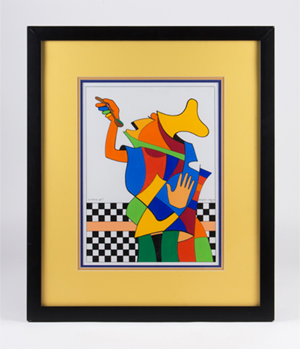 Is It Soup Yet? by Benjamin Harjo, Jr. 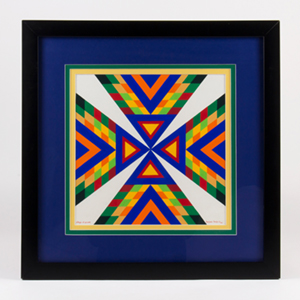 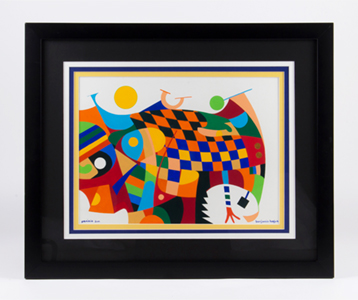 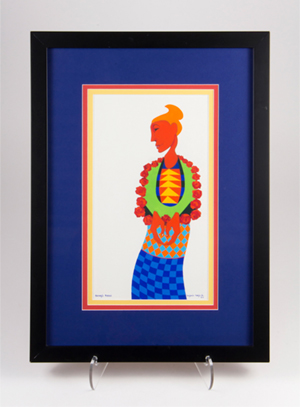 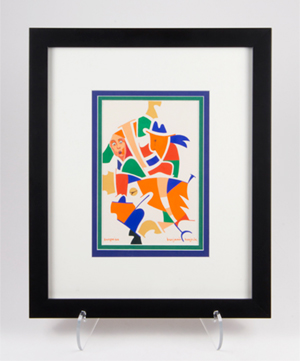