Chief Curator, Andrea R. Hanley (Navajo), will lead this virtual discussion with exhibition artists on their art practice and respective work in Laughter and Resilience: Humor in Native American Art and Conversations: Artworks in Dialogue | The Daniel E. Prall Collection. 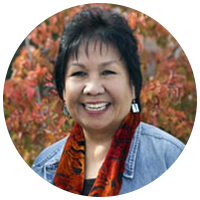 Linda Lomahaftewa (Hopi-Choctaw) is a printmaker, painter, and mixed-media artist based in Santa Fe, NM, who specializes in monotype and mixed-media work. She participated in numerous exhibitions, including the Heard Museum, AZ, the National Museum of the American Indian, Smithsonian Institution, in Washington D.C., and the Wheelwright Museum. She won the 2001 Robert Rauschenberg Foundation’s Power of Art Award. Lomahaftewa has work in collections at the Heard Museum, AZ; the Millicent Rogers Museum, NM; the U.S. Department of the Interior, Indian Arts and Crafts Board, in Washington D.C.; the Southern Plains Indian Museum, OK; and the Wheelwright Museum, to name a few. She travels nationally and internationally, including visits to hundreds of pre-contact Indigenous sites in the U.S. as part of her ongoing research into ancient Native cosmology and history. After earning her high school diploma from the Institute of American Indian Arts, she received her B.F.A. and M.F.A. from the San Francisco Art Institute. Before teaching and retiring from the Institute of American Indian Arts, she taught at the University of California, Berkeley, and Sonoma State University. 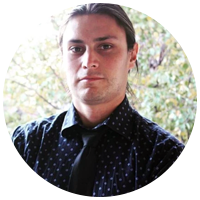 Chaz John (Winnebago Tribe of Nebraska/Mississippi Band Choctaw) is from Topeka, KS, and currently lives in Santa Fe, NM. John works primarily with opaque and raw images producing quickly lined and illuminated mixed media drawings and paintings to capture what he calls “Indigenous poetry in the face of conflict.” John often blurs the lines of conceptual, performance, and traditional two-dimensional work. Interested in the formation of the modern myth and poetic reification, John’s work is often accessible, layered with subversion, and always conveys a sense of Indigenous humor. John graduated from the Institute of American Indian Arts (IAIA) with a B.F.A. in 2019, and his work has exhibited at SITE Santa Fe, NM, the IAIA Museum of Contemporary Native Arts, NM, and the Wheelwright Museum. John won the coveted SITE Santa Fe, SITE Scholar Award. His work is in the collection of the IAIA Museum of Contemporary Native Arts.