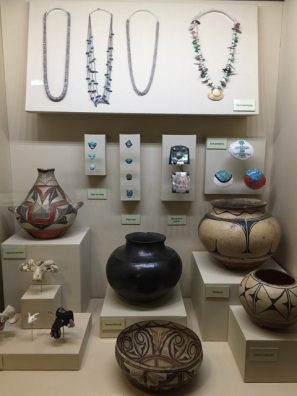 Dr. Tara Travis, Museum Curator at Mesa Verde National Park, will present an overview of the jewelry and pottery donated by Mary Elizabeth Jane Colter, and other artifacts on display in the park’s $14 million state-of-the-art LEED Platinum Visitor and Research Center that opened in 2012. Dr. Travis will present a brief history of how the jewelry and pottery was exhibited in the past, how it is exhibited today, and plans for the future. In the process she will share insights into what the objects may reveal about Colter’s interests, approach and aesthetic.

Mary Elizabeth Jane Colter (1869-1958) was a preeminent architect and interior designer in the American Southwest in the first half of the 20th century. She designed notable buildings for the Fred Harvey Company and Santa Fe Railway including Desert Watchtower, Hopi House, and Bright Angel Lodge at the Grand Canyon. And she decorated these and other landmark buildings with American Indian art, blankets, and ceramics, as well as Spanish antiques and artifacts. She also bought for herself, amassing a personal collection of jewelry, pots, baskets, and other artworks numbering over 500 pieces.

In 1945 she donated her substantial collection of American Indian jewelry, books, and pottery to Mesa Verde National Park, and provided funds to construct exhibit cases for their display. She instructed that the objects covered by the bequest were to be displayed to emphasize the culture of the Indians of the Southwest, from prehistoric times to the most modern developments. 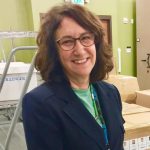 Dr. Tara Travis holds a B.A. in Art History from Northern Arizona University, a Master’s degree in Architectural Studies from the University of Texas at Austin and a PhD in American History from Arizona State University.

For the past nine years, Dr. Travis has served as the Museum Curator at Mesa Verde National Park where she oversaw the building construction and the move of the museum collection to the new Visitor and Research Center.

Prior to this appointment she was with the Office of Indian Affairs and American Culture, National Park Service promoting constructive working relationships between national parks and tribal communities. She began her Park Service career as the Museum Curator at Canyon de Chelly National Monument on the Navajo Reservation. Prior to the Park Service she worked at the Museum of Northern Arizona and the Indian Arts Research Center, School of Advanced Research.