The Wheelwright Museum of the American Indian will open a new major exhibition California Stars: Huivaniūs Pütsiv in the Klah Gallery, on February 11, 2023 through January 14, 2024. Exploring the impact of multiple generations of First California artists, Huivaniūs Pütsiv loosely translates from Chemehuevi as “stars with us or around us.”

California Stars: Huivaniūs Pütsiv highlights those landmark First Californian artists whose work across varied media combines to speak about personal experiences, mythology and traditions and speak to questions of resilience, identity and social justice. With iconic works from the Wheelwright’s permanent collection and important loans and pieces not previously seen beyond the artists’ studios, California Stars gives insight into the work of stellar artists who have influenced the Native American contemporary art field for more than six decades. The exhibition’s richness in the rich selection of artists is complemented by the diverse media in which they express themselves; ranging from jewelry and fashion to sculpture, and painting to video.

“The Wheelwright has both safeguarded and supported the wonderful art and narrative of First Californian artists for decades, I am honored to be a part of this ongoing legacy,” said Curator Andrea Hanley (Navajo).

Artists showcased in California Stars are:

Programming around this exhibition includes:

Curator and art historian Amber-Dawn Bear Robe from the Southwestern Association for American Indian Arts (SWAIA) Fashion Show, reflects on the genesis of the event, which has seen the participation of  luminaries of Native North American fashion like B.Yellowtail, Sho Sho Esquiro, Jamie Okuma, Loren Aragon, Patricia Michaels, Violet Ahmie, Orlando Dugi, and Yolonda Skelton to the runway each year.

California Conversations at the Wheelwright

Cara Romero (Chemehuevi Indian Tribe) and L. Frank Manriquez (Tongva/Ajachmem) interview each other on their work and their identity as First California women.

Reflections on: The James Luna Archive – Crazy Days at the Lazy H

Tatiana Lomahaftewa-Singer (Hopi/Choctaw) (MoCNA Curator of Collections) and Ryan S. Flahive (IAIA Archivist) as they discuss collecting the archive of performance and installation artist James Luna (Luiseno/Diegueno) at his home on the La Jolla Indian Reservation in California.

Charles Froelick the owner of Froelick Gallery will discuss his unique relationship with artist Rick Bartow. Froelick is an active member of the Portland arts community. Serving as a board member of the Crow’s Shadow Institute of the Arts and the Portland Art Dealers Association. Charles worked with the Friends of the Gilkey Center for Graphic Arts, and both member and President of the Board of Advisors at the Portland Art Museum. He served on the Regional Arts & Culture Council’s Public Art Advisory Committee in Portland. 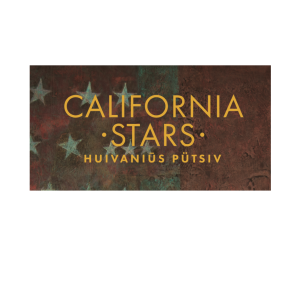