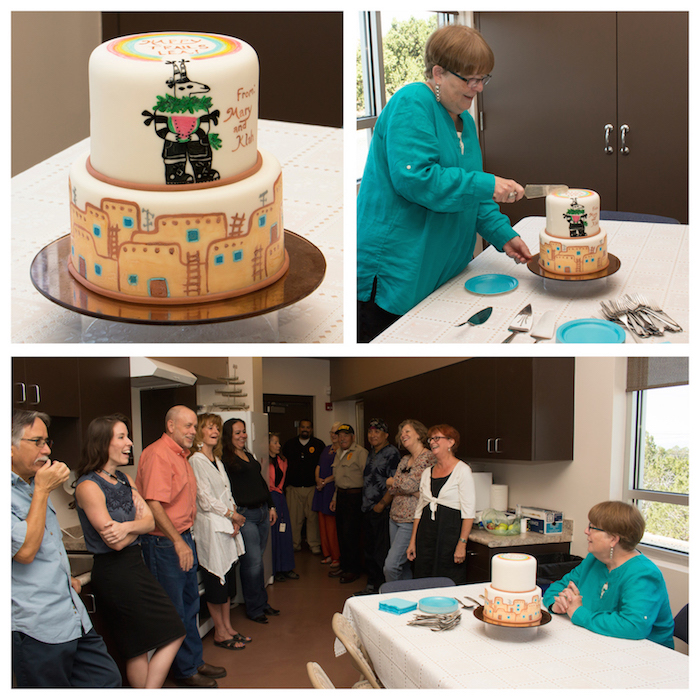 On August 30th, Leatrice Armstrong, assistant to the director, retired from the Wheelwright Museum after 20 dedicated years of working at the museum. Lea first became a volunteer at the Wheelwright Museum when she moved to the area, prior to which she had worked for the Ohio Education Association. In her time here, she has managed an incredible number of projects and events, formed many friendships, and kept the museum on track. On her last day at the museum, we had a cake in her honor, decorated with a design referencing Harry Fonseca’s work. While at the Wheelwright, Lea became close friends with artist Harry Fonseca (Nisenan Maidu/Hawaiian/Portuguese), who volunteered at the museum and served on our board, and together they had worked on a mural with children from St. Catherine’s. We wish Lea a very happy retirement!

Following Lea’s retirement, Jean Higgins stepped into the position of assistant to the director. Jean has long been involved with the Wheelwright Museum. Notably, her efforts were instrumental during the planning and construction phases of the new jewelry wing. We are glad to have her on staff and look forward to many adventures ahead!