As a painfully shy child in Northern California, Liz Wallace was nurtured by a loving grandmother who opened her eyes to the beauties of nature. Today, as an artist whose love of metalwork has led her to experiment with processes ranging from blacksmithing to plique-à-jour, Wallace continues to find inspiration and solace in the natural world. “What I love about René Lalique’s work is that he took things that repulse most people and made them beautiful. Or he depicted things that are melancholy-in a lot of his work the flowers are starting to decompose. To take a stag beetle or a cicada and make it beautiful – reinterpret it in a way that lets people appreciate the beauty in it – that’s the inspiration for me.” 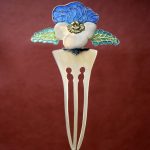 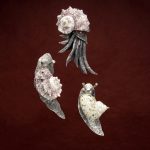 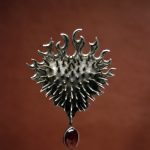 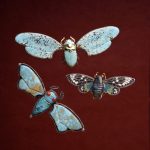 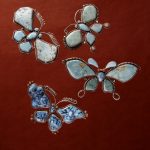 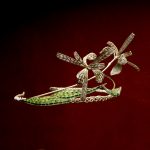 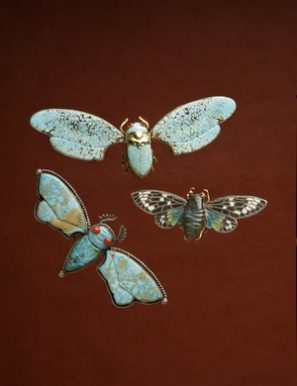